How is the beginning of the Puma Team Europe?

Incipiently the idea came from Patrick who published it in the rubric puma at the fordboard on March, 21st 2005. The main idea was to create a team, everybody can join without having many obligations. Meetings should be organised, or be visited. Also it should be a meeting point for those who haven't been involvend in a ford- or pumascene until now. Because there were some swiss members at the Fordboard the team should be alligned international in order to accept people not only from germany or switzerland.

Christof aka Scorpion was the one who picked up this idea and started to realise first jobs. In the beginning there was only a internet page where new members could register thereselves. Shortly beyond we became our own intern "club-board" at the Fordboard where members could discuss topics like meetings, merchandising, the homepage, etc. on their own. Later an own homepage came into beeing.

The first meeting of the Puma Team Europe, organised by two Swiss, took place in the region of Konstanz/Kreuzlingen in August 2005. At this meeting the members got to know each other face-to-face for the first time.

As the first new members from countries beyond german spoken regions joined the team in September, problems with the german spoken forum appeared. Unfortunately we were restricted in this aspect with the "club-board" at the Fordboard, so we decided to start an own forum. There we had the ability to create everything bilingual (german and english), so that the international orientation of the team was kept justified.

At the end of the year 2005 we already had 58 members from Germany, Switzerland, Austria, Poland, the Netherlands and Greece. 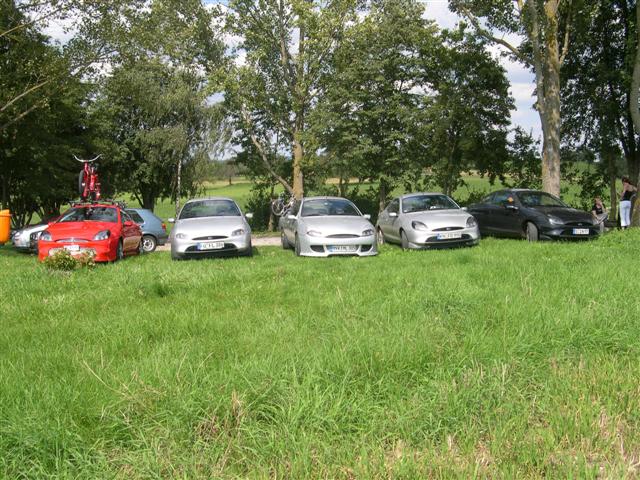